← No Captagon in Raqqah 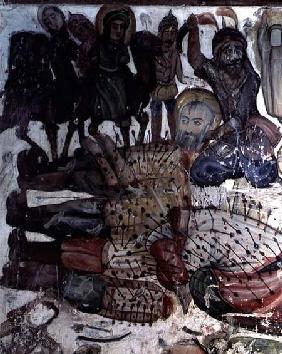 IND112749 The enemy executes a prisoner in the presence of the Imam who is held prisoner and shackled on the back of a camel, from the murals depicting the religious battle which resulted in the creation of Shi’ism and the division of Islam in the 7th century, 17th century (mural painting)
mural painting
Iman Zahdah Chah Zaid Mosque, Isfahan, Iran
Index
copyright unknown