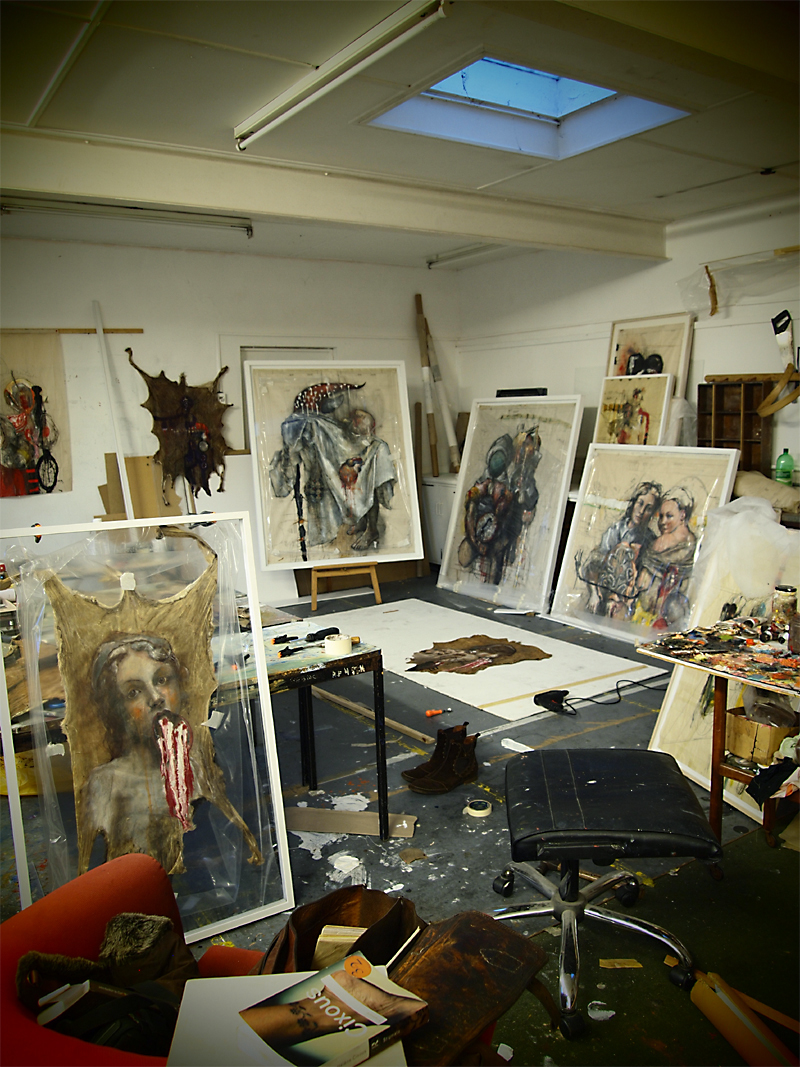 I buried a finger in Carn Brea. It wasn’t my finger. But blood was spilt and flesh made manure for the knuckle of bone seed. I buried the finger near the source of spring (whose waters are said to guard against hanging) above the dysfunctional Trumpton of the town. A sinewy knuckle of a place; Trumpton after a hundred years of social stagnation. It was the finger of a photographer, who over time cut off each finger, save the one he used to press the shutter. He would stride the Carn with the resultant necessary tripod. The finger must have sprouted by now, whilst the hand that gave it is elsewhere, fumbling with a camera case.

Redruth – Lay-line-less –the St Michael line that links mystical and great sites of Albion deviates from its crow flight straightness somewhere on the outskirts of Cambourne, circumnavigating whatever energy it finds disagreeable at the heart of the Carn. Lean across the graveyard wall and the vicar will speak of the body that lies under the land traumatised by the surgical interventions of mine shifts and theft. Catch him at Easter amongst the plethora of primroses and he’ll let slip in the most un-Anglican way about the body of Christ and the coming resurrection of this granite-entombed cadaver.

Somewhere within all the towns subtle vibrations I developed a vocabulary of painting. A form of baroque which suited all its negativity, that was constructed around the vacuum/rent, all heavily influence by the badly printed plates of old masters I found in the Oxfam bookshop. Like the town the work became landlocked, constructed around, and gazing in on, a nothingness at its core. Theoretically stripped and neurotically charged. Amputated like the town – tethered by the sinew of the railway line. A seismographic drawing trying to re-sense the missing finger.